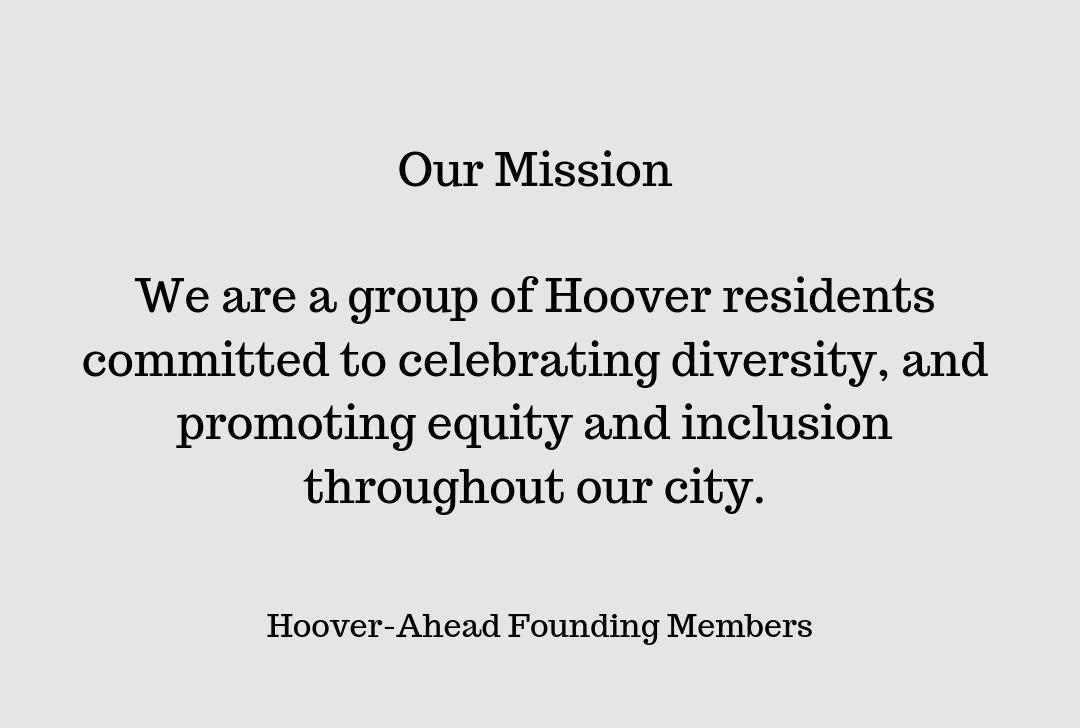 definition: A movement or organization that uses collective action from people in a given district or community to effect change at the local, regional, national or international level.

Emantic (“E.J.”) Bradford Jr, a 21-year old African-American man was shot and killed by police the night of Thanksgiving at the Riverchase Galleria in Hoover, resulting in protests and boycotts around the city that generated national attention. During the aftermath of this shooting, very intense race-related discussions surfaced throughout the city of Hoover, bringing many pre-existing biases and attitudes about race to light.

One Sunday afternoon in January 2019, a passionate group of Hoover residents of various racial and ethnic backgrounds, ages, political affiliations, and overall life experiences gathered together to embark upon a new journey. Prior to their first official meeting, most of the group members had participated in discussions about race although in many cases, these conversations were held in the security of their own homes or with people with similar backgrounds and beliefs.  The group members answered the call to come together, out of the shadows and from behind their electronic devices, to unify and work together towards a shared purpose. Despite their apparent differences, these individuals found a common ground in their commitment to making Hoover a model community that is welcoming, safe, and inclusive to all.